Thenatan has announced an update to the recently released Vybz, an effect plugin designed to bring back the nostalgic lofi vibes of old/retro days.

A Swiss Army Knife that includes everything about a modern or classic wet tone and it looks great while doing it.
With Vybz ultimate all-purpose Effect modules, You can Colorize your mixes And Crank it back a few decades when snaps, crackles, and pops were a necessary part of the experience.

Version 1.1.0 comes with a variety of new features and improvements. 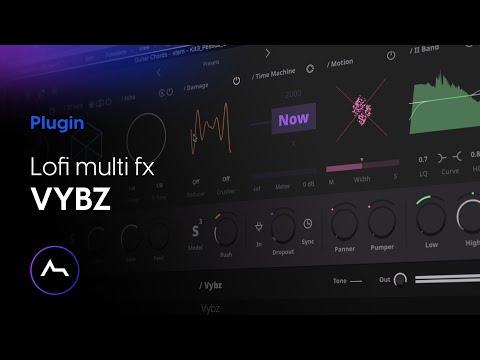 Vybz is available for $29.50 USD until the end of March at Thenatan and from the ADSR Sounds store.

The update is free for existing owners of the plugin, and new users can also try a free demo version (VST/VST3 and AU fomrats).

Collaborate in any DAW, anytime, anywhere with Satellite Plugins 2.0