Toontrack has announced two new weekend deals, offering up to 65% off on its virtual Yamaha CP-80 electric grand piano and a collection of 70s Pop inspired piano MIDI.

On sale for $79 USD, EZkeys Electric Grand comes with a carefully sampled Yamaha CP-80. This groundbreaking instrument was first introduced on the market in the late 1970s as a compact, electric option to the regular grand piano and has since become a modern classic, immortalized in chart-topping songs by a wide range of artists spanning across the genres.

Even today, some 30 years after its inception and since long out of production, the analog, electric and amplified hybrid sound of the CP-80 keeps playing a key role in modern music. With the included broad genre mixer presets, the classic, crisp sound will expand beyond the conventions and make this instrument a must in every versatile songwriter’s palette of audio tools.

The EZKeys MIDI: Seventies Pop pack is inspired by the artists that wrote the soundtrack to the seventies.

Even though disco may have been the prevalent genre on the airwaves and in the clubs of the ’70s, artists like Elton John, the Eagles, ABBA, John Lennon, the Bee Gees, and countless others started a pop revolution that has yet to go away. This is where the Seventies Pop EZkeys MIDI pack takes off.

Inspired by the immortal legacy of the artists that topped the charts during the decade, this collection of MIDI leaves out the rowdiest rock-influenced tunes and instead hones in on the more mellow side of the pop spectrum. Expect dramatic ABBA-esque chords, lots of rhythmic strumming à la Elton John, some Bowie-clever melodic twists and turns as well as all the timeless chord progressions you need to get started writing your next slew of ’70s-inspired pop tracks. 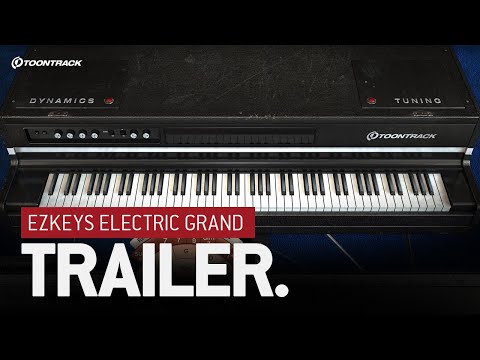 The offer is valid at Toontrack and distributor PluginFox until March 21st, 2021.

Inphonik RYM2612 FM synthesizer instrument on sale at 70% OFF