Samplestate launches sample packs by The Deepshakerz and Lucio Agustin

Samplestate has just released its new sample pack The Deepshakerz Vol. 2 – Percussive Tech House, the follow up to the best-selling 2017 pack by Italian production duo The Deepshakerz. The pack comprises nearly 1GB of drums and percussion, music loops, bass, fx and more.

This time they kept that meticulous attention to details from Vol.1 and focused on the more percussive and afro orientated rhythms that have been part of their sound for the duration of their incredible 10 years of studio collaborations.

Consistently releasing quality music on respected labels such as Defected, Deeperfect, Toolroom, Madtech, Cajual, as well as curating an amazing catalogue of music with their own imprint Safe Music, they have defined their position as one of the best international house artists and producers.

Also available is the fifteenth volume in the Little Helpers series, this time featuring crisp and rolling minimal beats, music loops and a wide selection of one-shots by Lucio Agustin.

Lucio who is from Buenos Aires has a long relationship with Little Helpers, releasing music with the well respected label on no less than six separate occasions, and found support from the likes of Marco Carola, Stefano Noferini, Sidney Charles amongst many others.

Producers that have influenced Lucio’s development as an artist include his fellow Argentines Jorge Savoretti, Franco Cinelli and previous Samplestate artist LondonGround, who all essentially paved the way for the new breed of talent emerging from Buenos Aires. This pack is also inspired by artists such as East End Dubs, Archie Hamilton, Rossi, Dimmish, ANOTR, among others. 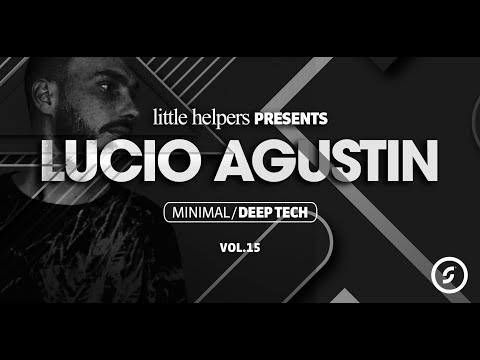 TAL-J-8: An authentic emulation of the Jupiter-8 synthesizer

Sample MIDI with SongWish’s reMIDI plugin, on sale for $19 USD