Riot Audio has announced the release of a new musical sound design tool for Native Instruments Kontakt 6, built around a novel “transient splicing engine” which was introduced with the free Lite Edition of this new library.

The Bionic Plucks and Mallets instrument library is is designed with a wide range of contemporary music production applications in mind, including Electronica, Hip Hop and R&B, as well as cinematic styles.

A unique new concept: BIONIC is a “transient splicing engine”, i.e. it is designed to give detailed control over a range of parameters needed to mix and match a number of different initial transients to another set of tails/longer sounds.

Loaded with 80 sound sources (20 short, 40 medium length and 20 long) and 50 ready-made presets, this is our biggest and most ambitious project to date. With the ability to create a wide range of different novel sounds with just a few clicks, this is a must have instrument for serious producers and composers. 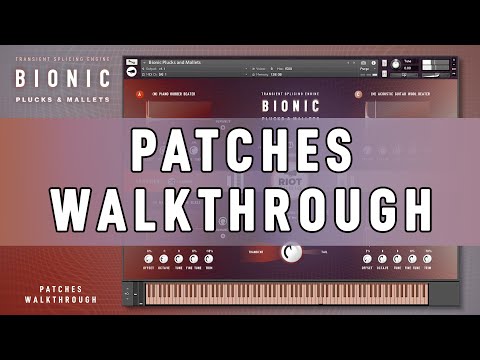 Bionic Plucks and Mallets is available at an introductory price of £79 GBP until April 14th, 2021 (regular £99 GBP). The library requires the full version of Native Instruments Kontakt 6.5.2 or higher.