Pulsar Audio EchoRec echo/delay plugin on sale at 50% OFF

Pulsar Audio celebrates its 4th anniversary with a sale on the Echorec software emulation of the iconic echo/delay unit of the same name produced by the Italian brand Binson in the 1960s.

These first 4 years have been rich, intense, demanding and exciting. We have come a long way since we decided to team up to create very high quality audio plugins.

The first born of the family was the Pulsar Echorec, which immediately became a worldwide success. We then created the Smasher, followed by the Mu and finally this year’s newborn, the Pulsar 1178. Today, our plugins are used and acclaimed all over the world.

So to celebrate our anniversary, we decided to offer you 50% OFF our first creation, the Pulsar Echorec. 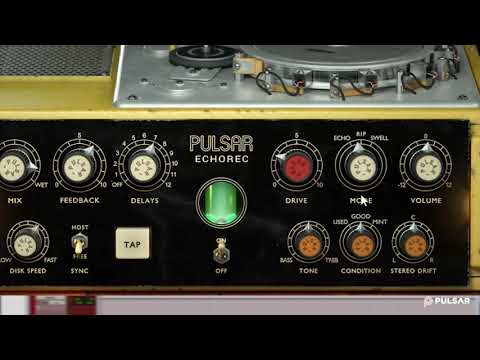 Echorec is on sale for 49 EUR for a limited time only. The plugin is available for Windows and Mac in VST/VST3, AU and AAX formats.