Jon Meyer has announced the release of a new free Kontakt instrument library. Gentle Vibes brings the sounds of a set of marching vibes played as quietly as possible with 3 different mallets.

For years I’ve had this marching vibraphone on permanent loan from an old roommate. Not sure exactly where it came from but it’s probably best not to ask. I performed the vibes as quietly as possible with 3 different mallets (soft, medium and hard) and included multiple round robins.

The Soft sounds have a noticeable thump and flutter, perfect for percussive arpeggiation. The Medium sounds offer a nice blend of attack and sustain. The Hard samples are more focused and aggressive. When used sparingly they provide definition and clarity, helping the vibes cut through the mix.

My U47 clone was placed inches from the vibes for an up close, immediate sound. I blended in a small amount of my x/y configured KM84’s for depth and stereo imaging. 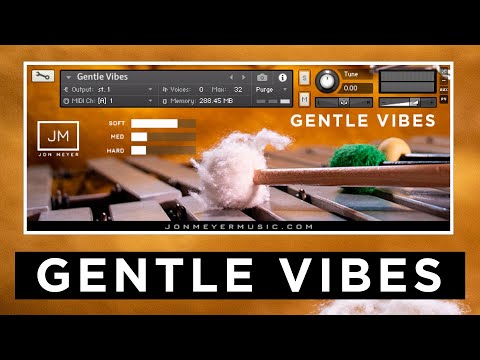 Steinberg launches Cyber Deals with 50% off on selected products