Faded Instruments has announced the release of Harmonal Binaurics, a mind control drone synth that combines binaural beats with isochronic tones to hijack your brainwaves and bend your unconscious mind.

The synth features seven identical binaural/isochronic beat generators, with each generator capable of fading between sine and a user defined waveform (triangle, saw or square).

Oddly enough, Harmonal Binaurics doesn’t take MIDI input – this is not an oversight, but an intentional way of forcing a different approach to playing it. The seven oscillators are tuned to the harmonic series (fundamental, +octave, +fifth, +fourth, +major third, +minor third), but you can shrink or expand the harmonic series via the Harmonic knob to create dense cluster chords or wide spectral chords. You can sync all the oscillators/beats with the SYNC button, and of course – theres SLEW. 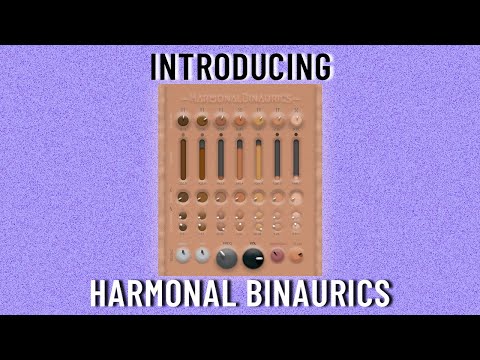