Sitala has been gaining ground as one of the up and coming drum samplers available for macOS, Windows and Linux, currently at place #7 in KVR Audio’s ranking of most popular drum samplers.

Decomposer has now released version 1.0 of the 16-pad drum sampler.

By overloading each of its controls to sweep through a range of possibilities, Sitala keeps the control surface minimal while still allowing for a huge range of sounds. The shape knob sweeps from everything from glitchy micro-house to pumping atmospheric sounds. The tone-knob single-handedly covers most of the territory that’d normally be achieved with a parametric EQ.

Uniquely, each of its controls provides immediate visual feedback to see exactly what’s being done to the sound in use.

Version 1.0 adds lots of new features to round out the drum sampler: 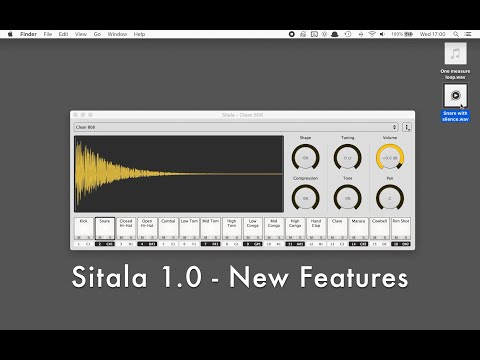 Sitala is available as a free download in VST, AU and AAX plugin formats and as standalone software for Windows, macOS and Linux.